What a Rambler Taught Me About Life

One of the most valuable lessons I have learned in life was imparted to me by Rambler.

Now, you might be thinking this is a story about a countryside vagrant, or perhaps an incessant talker. It is nothing of the kind. You see, Rambler was a horse. And I feel should share some background with you before proceeding to tell you more about Rambler’s gift to me.

As a young girl, I could have been described as overweight and decidedly not athletic. I was one of those children who dreaded going to school on the days of physical education class, as those days were filled with the emotional pain of ridicule. The fact that I maintained good grades in other classes only made the situation worse. (The word “Nerd” comes to mind!)

At one point during my pre-teen years, my sister invited me to go on a trail ride. It was to be my first ride on a horse. A typical horse-crazy girl, I anticipated the day with both trepidation and excitement. I did not know what was involved in riding a horse, I only knew that I wanted to try. Though I also knew that I had failed at most other physical endeavors that didn’t involve a swimming pool!

It took only minutes aboard that magnificent creature to reveal to me my newfound path in life: I would become a rider of horses! Finally - an activity, which involved both coordination and balance, that I could do! Something I loved. This was my calling, and I embarked eagerly on the learning journey.

To facilitate this newfound passion, I begged my parents to sign me up for “Horse Camp” the next summer. Fortunately for me they agreed. (It represented a whole week of peace and quiet for them. “A small price to pay,” they must have thought.) Horse Camp was a week-long camp for girls. Each camper would spend her days riding and learning about horses.

Needless to say, when I heard this announcement I began to have serious reservations about my newfound calling. (Dear Lord - Mom and Dad’s car have already pulled out of the drive!) My fear only deepened when I saw the horse to which I had been assigned for the next day: Teaberry.

Teaberry was the tallest horse in the stable. And while he had a quiet and gentle disposition, word spread quickly that he also had the “bounciest” trot of all the horses. And Teaberry really liked to trot.  In fact, he much preferred it to cantering. To make matters worse, actually getting Teaberry to canter required a rather pronounced acceleration through the trot.

Years went by, and I continued to ride at this establishment, albeit always with a saddle. I became rather accomplished (emphasis on with a saddle) and was ultimately hired as a trail guide on weekends.

One weekend day, a couple of guest riders were late to arrive back at the stable. Mr. N, the stable owner, gave me stern instructions to “get on Rambler and go find them.” “But Rambler isn't saddled!” I protested. Mr. N would hear none of it, and bridled Rambler himself. Before I knew what had happened, I was given a “leg up” and was aboard Rambler … with no saddle.

Now, Rambler was a cantankerous old sole, and also happened be the owner’s horse. In fact, the stable, Rambling Acres, had been named after him. This horse had a reputation for not liking male riders (he had unceremoniously dislodged just about every man that attempted to ride him) and also for loving a good roll in the mud. Old and wise, Rambler liked most things done his way, but he also knew his job.

And that day, his job was to go find lost riders. As soon as I was hoisted onto his back, Rambler began to walk off. Before I had a chance to think of the terrible scenario that was facing me (i.e. falling off right in front of the boss), Rambler simply walked into the smoothest, most incredible canter one could imagine. The next thing I knew I was gliding up the hill. This seemed like the easiest thing I had ever done! I rode as one who had been balancing on horses all of her life. That day, Rambler gave me the gift confidence in myself, he taught me how to truly ride.

In fact, my confidence grew to the point where I had a giant chip on my shoulder. The ground and I had long since parted as mis-matched friends, and I felt I would never again meet it in an unkind way. Nothing could bring me down again! Nothing that is, except Rambler himself.

One damp fall day, I was sent out as a trail guide for a family of four. The group consisted of two parents and their children. The kids were quite outgoing, and I found myself happily entertaining them along the ride. Of course I was aboard Rambler, as we had become the star couple.

I was quite full of myself. As we approached a very muddy area on the trail, I was turned 180 degrees in the saddle, chatting with the people behind me. With one hand on the front of the saddle and one hand on the back of the saddle, the reins slack, I proceeded to gab away. Little attention was paid to the trail before us and where we were headed. (Did I mention that Rambler liked mud?)

What happened next was predictable, yet came as a complete surprise to me in my egoic-hotshot-rider state. I only recall that my hand which was resting on the front of the saddle suddenly dropped by several feet. “Hmmmm,” I thought.

By the time I righted myself and turned forward in the saddle it was too late. Rambler had already dropped to his knees in the middle of the 3' deep trench of mud and was listing right. I had no choice but to bail, and bail fast. I vaulted off the saddle, but landed deep in the mud pit. As I dragged myself to higher ground, there was little to do except watch as Rambler thoroughly enjoyed rolling both sides of his body, neck and head in the gunk. Meanwhile, the kids behind us screamed in glea. “Hey Lady - that was great! Make him do it again!” (No kidding - they thought my horse had done this on command!)

I returned with this group to the stable disgraced ... a cold, disgusting mess. Rambler of course was smiling from ear to ear. Mr. and Mrs. N simply took in the scene with polite grins, knowing that Rambler had taken his opportunity to chisel my ego back down to size.

The lesson I learned that day is this: The most glorious feelings in life exist in that middle place - somewhere between the fear of failure and the ego that wants to take up residence once the fear is conquered. Awareness is required to find the balance between these two poles, though most of us will still visit the poles from time to time. However, it is on Middle Trail (some horsey buddhism) where the bliss of a life fully lived, and not life merely survived, can be found.

A horse lover since I was a child, I spent many years pursuing those oneness moments in the equestrian sport of Dressage.  My last horse, a Morgan gelding named Baron, was my final competition partner. In his younger days, Baron worked hard, excelled quickly, and we spent several years training and competing together. As time passed however, it became apparent that the physical demands of the discipline were too much for his body, and I decided it was finally time to retire both he and myself from the sport altogether. That year, I sold all of my dressage-related tack and clothing, save for one dressage whip. The dressage whip was not something I needed to keep - I only kept it as the whip had a pretty, gold braided handle and I thought it would be a nice memento for all those years dedicated to dressage.

Not long after Baron's retirement, I had the opportunity to live in Sedona, Arizona. So, Baron, my dog and I moved out west.  One of the great things about Sedona is the magnificent hiking and riding trails.  While living there, Baron and I had the pleasure of taking part in many magnificent trails rides. I always carried my old dressage whip along, just because.

One early spring day, several of my friends and I decided to take a 2+ hour ride around some of the prettiest rock formations you've ever seen. It was a gorgeous day, and we enjoyed one of the best rides any of us could remember. The ride was approximately 7-8 miles of semi-rugged terrain and stunning scenery. It wasn't until we arrived back at the ranch that I looked down and realized that I had *lost* my treasured memento dressage whip somewhere on that long trail.  There was no point looking for it either ... the whip was dark in color, and the trail had been lined almost continuously by dark-colored branches and brush. “Oh Well,” I thought, “it must finally be time to completely put this part of my life behind me.” I moved on and didn't think about the whip again.

About 2 weeks later, I was hiking with my dog early one morning. The trail we were traversing was about 2 miles long, and over-lapped the horse trail at one point for about 100 yards. My dog and I were climbing a steep grade and were about 15 minutes into the walk. At the time my mind was obsessing about the latest drama stories from the horse ranch. (The ranch could be drama-central on any given week.) I recall thinking about this drama non-stop, over and over again, until about halfway up the hill.  That's when it hit me -- “their drama” had become “my drama!”  The thought struck me so suddenly that my mimd literally stopped.  Then I became aware of the fact that even though I had been hiking for over 15 minutes already, I could not remember any of the trail - had not even seen it in fact. My mind had been too busy.

I recalled Eckhart Tolle's book, “The Power of Now,” and took several deep breaths. I turned my attention inward and focused on the moment: “ ... left foot forward ... right foot forward ... gaze at the scenery on the right ... gaze at the scenery on the left.”  As I looked left, my gaze lowered to the bushes near the ground.  And there - sticking up out of the middle of the first bush that my gaze fell upon, was the dressage whip that I had lost on the horse trail two weeks earlier!!!

I've lost count of how many "Ah-ha" moments this fun little story has initiated for me.  Though I not longer have horses, and currently reside in Ohio, I still have the dressage whip.  It is a nice reminder of what can happen during "moments of presence."  Of course, when it's time for the whip to leave again, that's okay too...  :-)


What Horses Teach Us 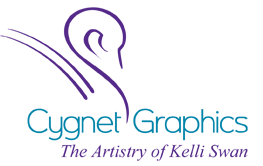 Artist Kelli Swan
Ohio, United States
"I googled directions for the Road to Enlightenment and found myself here."